From the Evernote archives…

Hollywood is well known for fake UI in movies – you know, “Unix is easy“ (( Whoa! I did not realize this, but apparently the UI on screen during this screen is real! See this wikipedia article. Thanks Ashwin! )) or the “VB GUI Interface“. I’d say most geeks get a kick of seeing just how removed from reality Hollywood computers can be.

I was very surprised then to spot a familiar looking application during a scene in the movie “National Treasure” (a fairly forgettable movie otherwise):

I think to myself “Wait. Isn’t that…?“. As if reading my mind, the Director zooms in for a closer look:

What? You don’t believe me. Ok, I created a comparison image those of you who say “fake”: 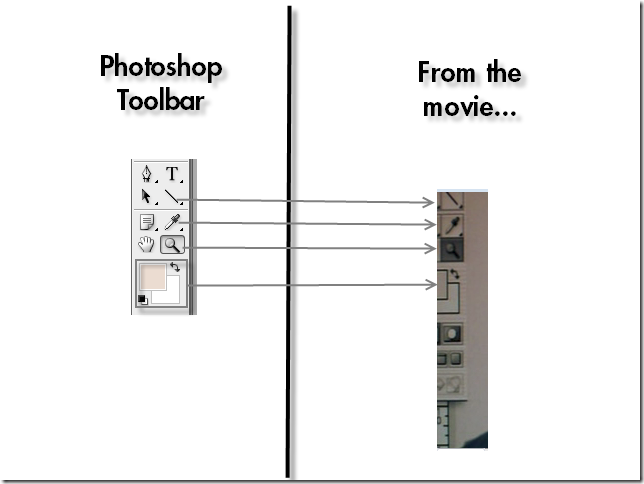 If that’s a fake, that’s a damn good one. I wonder if Adobe got any royalties for the use of their software in the movie. If they didn’t, I’d say they have pretty good grounds for a lawsuit right there 🙂

PS: That blue wallpaper in the background looks awfully familiar too. Any mac-heads can confirm/deny?

5 Responses to "Fake story, real UI –Photoshop in the movies"